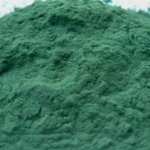 Indigestion Or Heartburn Spirulina Will Save The Day

Indigestion Or Heartburn Spirulina Will Save The Day- when you look on the Television there are advertisments everywhere for indigestion and heartburn. Hit pain where it hurts stop pain now. Pain is your body telling you there is something wrong.  When your body is telling you there is something wrong it is important to find out what and make it better not kill the pain with a drug which is full of toxins.

One of the worst things that damages your body is an acid alkaline imbalance. As meat, soft drinks, and dairy products are acidic they can cause lots of damage to your body. The Pharmaceutical and dairy industry have been spreading lies worldwide for decades. If you do some research and check up independent information not doctored by the government, and pharmaceutical companies, you will be able to work this out clearly yourself.

As an example I used to get a flu about 8 times a year since I stopped drinking milk I seldom get one. As I am no longer drinking milk containing casein, They use  casein to stick  wooden chairs together. I wonder if I was drinking a little more glue this winter would I get a chesty cough? Hmmm.  Stranger things could happen and then you can fix it with two or three doses of antibiotics. Yes indeed you too can be the guinea pig and see what the wonders the pharmaceutical concoctions can do for your health.

If you really want to survive and your family too, then you need to take control of your own health. Research how poisonous,mercury in your fillings,flouride in your toothpaste and your water,aspartame in your soft drinks. And the oils and low fat spreads labelled low fat that are bleached after being processed from a dark gunge. To keep you healthy, or the famous ten year burger from our other friends.

The good news is natural organic stuff is available one of the top superfoods which contains calcium your body can actually use unlike milk is Spirulina, Adding some Spirulina to your smoothie, drinks every day will help to alkalize your body. And is a brilliant cure for indigestion or calming down pain associated with it. It will help neutralize the acid keeping your body PH levels more balanced.

You can buy this at a good health store make sure it is organic too. If you want to see independent information on health, there are many videos from different sources at WWW.HealthTips202.Com .

Some more information about Spirulina from wilkepedia

Spirulina was a food source for the Aztecs and other Mesoamericans until the 16th century; the harvest from Lake Texcoco and subsequent sale as cakes were described by one of Cortés‘ soldiers.[4][5] The Aztecs called it “techuitlatl”.[3]

Spirulina was found in abundance at Lake Texcoco by French researchers in the 1960s, but there is no reference to its use by the Aztecs as a daily food source after the 16th century, probably due to the draining of the surrounding lakes for agricultural and urban development.[2][3] The first large-scale spirulina production plant, run by Sosa Texcoco, was established there in the early 1970s.[1]

Spirulina has also been traditionally harvested in Chad. It is dried into cakes called dihé, which are used to make broths for meals, and also sold in markets. The spirulina is harvested from small lakes and ponds around Lake Chad.[6]

Most cultivated spirulina is produced in open channel raceway ponds, with paddle-wheels used to agitate the water.[3] The largest commercial producers of spirulina are located in the United States, Thailand, India, Taiwan, China, Pakistan, Burma (a.k.a. Myanmar),Greece and Chile .[1]

Dried Spirulina contains about 60% (51–71%) protein. It is a complete protein containing allessential amino acids, though with reduced amounts of methionine, cysteine and lysinewhen compared to the proteins of meat, eggs and milk. It is, however, superior to typical plant protein, such as that from legumes.[2][7] The U.S. National Library of Medicine stated that spirulina was no better than milk or meat as a protein source, and was approximately 30 times more expensive per gram.[8]

Spirulina is not considered to be a reliable source of Vitamin B12. Spirulina supplements contain predominantly pseudovitamin B12, which is biologically inactive in humans.[9] Companies which grow and market spirulina have claimed it to be a significant source of B12on the basis of alternative, unpublished assays, although their claims are not accepted by independent scientific organizations. TheAmerican Dietetic Association and Dietitians of Canada in their position paper on vegetarian diets state that spirulina cannot be counted on as a reliable source of active vitamin B12.[10] The medical literature similarly advises that spirulina is unsuitable as a source of B12.[9][11]

Toxicological studies of the effects of Spirulina consumption on humans and animals, including feeding as much as 800mg/kg,[14] and replacing up to 60% of protein intake with Spirulina,[15] have shown no toxic effects.[16] Fertility, teratogenicity, peri- and post-natal, and multi-generational studies on animals also have found no adverse effects from Spirulina consumption.[17] Spirulina intake has also been found to prevent damage caused by toxins affecting the heart, liver, kidneys, neurons, eyes, ovaries, DNA, and testicles.[17] In a 2009 study, 550 malnourished children were fed up to 10 g/day of Spirulina powder, with no adverse effects. Dozens of human clinical studies have similarly shown no harmful effects to Spirulina supplementation.[18]

The Food and Drug Administration has awarded the GRAS (Generally Recognized As Safe) designation to Spirulina from the American Spirulina companies Cyanotech, Earthrise, and RFI,[19][18] as well as to Spirulina produced by the Indian company Parry Pharmaceuticals.[20]

Spirulina is a form of cyanobacterium, some of which are known to produce toxins such as microcystins, BMAA, and others. Some spirulina supplements have been found to be contaminated with microcystins, albeit at levels below the limit set by the Oregon Health Department.[21] Microcystins can cause gastrointestinal disturbances and, in the long term, liver cancer. The effects of chronic exposure to even very low levels of microcystins are of concern, because of the potential risk of cancer.[21]

These toxic compounds are not produced by spirulina itself,[22] but may occur as a result of contamination of spirulina batches with other toxin-producing blue-green algae. Because spirulina is considered a dietary supplement in the U.S., there is no active, industry-wide regulation of its production and no enforced safety standards for its production or purity.[21] The U.S. National Institutes of Healthdescribes spirulina supplements as “possibly safe”, provided they are free of microcystin contamination, but “likely unsafe” (especially for children) if contaminated.[23] Given the lack of regulatory standards in the U.S., some public-health researchers have raised the concern that consumers cannot be certain that spirulina and other blue-green algae supplements are free of contamination.[21]

Due to very high Vitamin K content, patients undergoing anticoagulant treatments should not change consumption patterns of Spirulina without seeking medical advice to adjust the level of medication accordingly.

As all protein-rich foods, Spirulina contains the essential amino acid phenylalanine (2.6-4.1 g/100 g),[3] which should be avoided by people who have the rare genetic disorder phenylketonuria, where the body cannot metabolize this amino acid and it builds up in the brain, causing damage.[25]

Spirulina has been studied in vitro against HIV,[26] as an iron-chelating agent,[27] and as a radioprotective agent.[28] Animal studies have evaluated spirulina in the prevention of chemotherapy-induced heart damage,[29] stroke recovery,[30] age-related declines in memory,[31] diabetes mellitus,[32] in amyotrophic lateral sclerosis,[33] and in rodent models of hay fever.[34]

In humans, small studies have been undertaken evaluating spirulina in undernourished children,[35] as a treatment for the cosmetic aspects of arsenic poisoning,[36] in hay fever and allergic rhinitis,[37][38] in arthritis,[39][Requires clarification, since IL-2 is typically thought of aspro-inflammatory] in hyperlipidemia and hypertension,[39][40] and as a means of improving exercise tolerance.[41]

At present, these studies are considered preliminary. According to the U.S. National Institutes of Health, at present there is insufficient scientific evidence to recommend spirulina supplementation for any human condition, and more research is needed to clarify its benefits, if any.[23]

Until recently, much spirulina was certified organic. In 2002, the USDA‘s National Organic Standards Board voted to disallow the use of Chilean nitrate. They granted a three-year window to spirulina producers, which expired in 2006. As a result, leading spirulina manufacturers have stopped labeling their spirulina as organic, citing safety concerns of nitrate alternatives.[42]

Recognizing the potential of spirulina in the sustainable development agenda, several member states of the United Nations came together to form an intergovernmental organization named the Intergovernmental Institution for the use of Micro-algae Spirulina Against Malnutrition (IIMSAM).[43]

In the late 1980s and early ’90s both NASA (CELSS)[44] and the European Space Agency (MELISSA)[45] proposed Spirulina as one of the primary foods to be cultivated during long-term space missions.

Is Your Water Toxic ? Just click below to find out more.

One response to Indigestion Or Heartburn Spirulina Will Save The Day 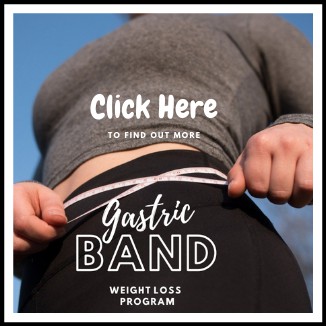